Perlite is a non-fibrous material and is totally safe for humans, causing no allergy and skin irritation and no harmful impact on indoor climate. It is very easy to handle – it’s easy to fill cavities in walls and corners with. This material is non-combustible, rot-resistant, biostable and chemically inert (PH=6.5±7). Due to these unique properties of perlite, it is widely used in construction industry.

Perlite is characterized by fine concentric shell-like cleavage (perlitic structure) by which it disintegrates into separate round cores (pearls) resembling pearls with characteristic luster. Perlite is distinguished among other volcanic rocks by the presence of combined water (over 1 %). Porosity may be 8-40%.

Perlite may be black, green, red-brown, brown and white, with various shades. Varieties of perlite: obsidian (with obsidian admixtures) perlite, spherulitic perlite (with feldspar admixtures), amber perlite (homogeneous composition), glassy and other varieties. In terms of texture, there are massive, streaky, brecciated and pumiceous perlites.

Crude perlite is quarried and then crushed and fractionated. The prduced product with the grain size of 3.0 to 0.14 mm is ready be supplied to trade market. This form of perlite material is subject to subsequent expansion. Perlite is the most multipurpose – universal material.

The classification of raw perlite is divided into two categories – Primary and Secondary. Perlite obtained by Mining company “Paravanperperite” belongs to the Primary category.

The mining company “Paravanperlite” has the license for development, processing and realization of Paravan perlite deposite. The Paravan deposit of perlite and obsidian is in a mountain part of Georgia on a distance of 130 km from Tbilisi. The deposit is located at the height of 2150-2300 m. above the sea level.

The name perlite (also spelled pearlite) comes from the French word perle which means pearl, in reference to the “pearly” luster of classic perlite.

Unfortunately there is limited information about perlite production and consumption in the world. However, it is still accurate to say that the United States is one of the world’s largest producers and consumers of crude perlite and expanded perlite. Other countries that are believed to produce large amounts of crude and expanded perlite include China, Greece, Italy, Philippines, Mexico, and Turkey. Even though the United States has large resources of perlite, most is still imported, with nearly all imported from Greece.

The majority of perlite is used in construction products, mainly ceiling tiles and roof insulation products, but also as refractory bricks (a refractory brick is a brick designed to withstand very high temperatures), pipe insulation, and filling in masonry block construction. For example, loose perlite is poured into holes in concrete blocks after they are laid in place to improve the insulating quality of the construction. Perlite is also used as an insulator in other ways in the construction of buildings. It reduces noise and, since it is non-combustible, it also improves the fire resistance of different construction components in buildings.

Perlite is an important commodity in the horticulture industry where it is mixed with soil. The addition of perlite to soil increases the amount of air (i.e., oxygen) held in the soil, as well as the amount of water retained by the soil. This obviously improves the growing conditions for plants. This represents approximately 10% of annual perlite consumption. 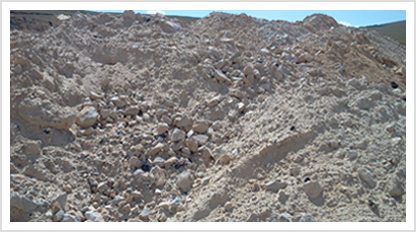 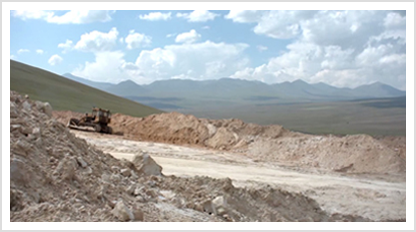 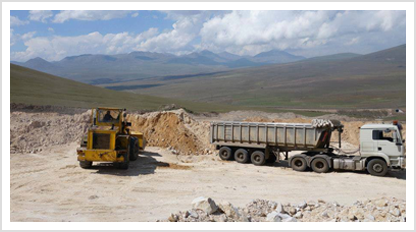 Perlite is also used in a variety of different applications. For example, it is used as a filter for pharmaceuticals, chemicals, and beverages, and as a filler in the production of plastics and cements.

Perlite is a type of volcanic glass that expands and becomes porous when it is heated. When heated, it can expand to as much as twenty times its original volume. This expansion is the result of heated water: when the glassy lava rock is heated to 1600 degrees F (871 degrees C), the water molecules trapped in the rock turn into vapor which causes the rock to expand. (This is the same principle as the water in pop corn that causes the kernel to pop when it is heated.) Before it is expanded, perlite is commonly gray, but can also be green, brown, blue or red. After it has been heated, perlite is typically light gray to white.

Perlite is known in industry in two forms. Crude perlite is prepared by the crushing and screening of perlite into various size fractions. Expanded perlite is perlite after it has been heated.

Company has its own railway access 2 km from Paravani (101 km of the Marabda-Akhalkalaki railway). The open pit is 1 km from the access railway.

The final products are delivered to the customers from our factory by both railway and auto transport. We can also deliver our products from the nearest sea ports: Port Batumi and Port Poti.